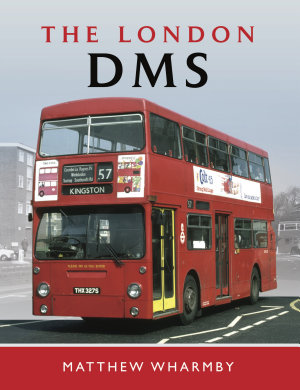 Vilified as the great failure of all London Transport bus classes, the DMS family of Daimler Fleetline was more like an unlucky victim of straitened times. Desperate to match staff shortages with falling demand for its services during the late 1960s, London Transport was just one organization to see nationwide possibilities and savings in legislation that was about to permit double-deck one-man-operation and partially fund purpose-built vehicles. However, prohibited by circumstances from developing its own rear-engined Routemaster (FRM) concept, LT instituted comparative trials between contemporary Leyland Atlanteans and Daimler Fleetlines.The latter came out on top, and massive orders followed. The first DMSs entering service on 2 January 1971. In service, however, problems quickly manifested. Sophisticated safety features served only to burn out gearboxes and gulp fuel. The passengers, meanwhile, did not appreciate being funnelled through the DMS's recalcitrant automatic fare-collection machinery only to have to stand for lack of seating. Boarding speeds thus slowed to a crawl, to the extent that the savings made by laying off conductors had to be negated by adding more DMSs to converted routes! Second thoughts caused the ongoing order to be amended to include crew-operated Fleetlines (DMs), noise concerns prompted the development of the B20 quiet bus variety, and brave attempts were made to fit the buses into the time-honored system of overhauling at Aldenham Works, but finally the problems proved too much. After enormous expenditure, the first DMSs began to be withdrawn before the final RTs came out of service, and between 1979 and 1983 all but the B20s were sold  as is widely known, the DMSs proved perfectly adequate with provincial operators once their London features had been removed. OPO was to become fashionable again in the 1980s as the politicians turned on London Transport itself, breaking it into pieces in order to sell it off. Not only did the B20 DMSs survive to something approaching a normal lifespan, but the new cheap operators awakening with the onset of tendering made use of the type to undercut LT, and it was not until 1993 that the last DMS operated.

Authors: Matthew (Matt) Wharmby
Categories: Transportation
Vilified as the great failure of all London Transport bus classes, the DMS family of Daimler Fleetline was more like an unlucky victim of straitened times. Desp

Authors: Matthew Wharmby
Categories: Transportation
The 1970s were among London Transports most troubled years. Prohibited from designing its own buses for the gruelling conditions of the capital, LT was compelle

Authors: Oliver Green
Categories: Transportation
The red double-decker bus is part of London’s personality, and is famous all round the world as an icon of a great city. Tracing nearly 200 years of history t

The Golden Age of Buses & Trams

Authors: Henry Hirst
Categories: Transportation
Public transport has now been around for over 150 years in one shape or another and this book takes a nostalgic look at the heritage and story of Buses and Tram

Authors: Vernon Smith
Categories: Transportation
With 2018 marking the thirtieth birthday of the now-demised Bexley Buses brand, Vernon Smith looks at the buses in the area before, during and immediately follo