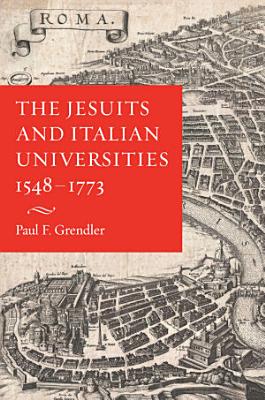 The Society of Jesus arrived in Italy in 1540 brimming with enthusiasm to found new universities. These would be better than Italian universities, which the Jesuits believed were full of professors teaching philosophical atheism to debauched students. The Jesuits also wanted to become professors in existing Italian universities. They would teach Christian philosophy, true theology, sound logic, eloquent humanities, and practical mathematics. They would exert a positive moral influence on students. The Jesuits were rejected. Italy already had fourteen universities famous for their research and teaching. They were ruled by princes and cities who refused to share their universities with a religious order led by Spaniards. Between 1548 and 1773 the Jesuits made sixteen attempts, from Turin in the north to Messina in Sicily, to found new universities or to become professors in existing universities. They had some successes, as they helped found four new universities and became professors of mathematics in three more universities. But they suffered nine total failures. The battles between universities, civil governments, and the Jesuits were memorable. Lay professors accused the Jesuits of teaching philosophy badly. The Jesuits charged that Italian professors delivered few lectures and skipped most of Aristotle. Behind the denunciations were profound differences about what universities should be. Italian universities were dominated by law and the Jesuits emphasized the humanities and theology. Nevertheless, the Society of Jesus had an impact. They added cases of conscience to the training of clergymen. They made four years of study the norm for a degree in theology. They offered a student-centered alternative to Italian universities that focused on research and ignored student misbehavior. Paul Grendler tells a new story based on years of research in a dozen archives. Anyone interested in the volatile mix of universities, religion, and politics will find this book fascinating and instructive, as will anyone who contemplates what it means to be a Catholic university.