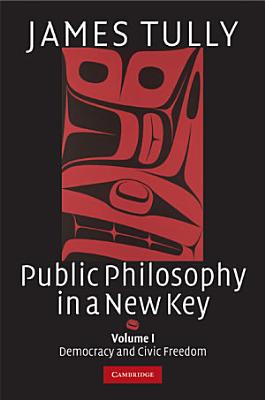 These two ambitious volumes from one of the world's most celebrated political philosophers present a new kind of political and legal theory that James Tully calls a public philosophy, and a complementary new way of thinking about active citizenship, called civic freedom. Professor Tully takes the reader step-by-step through the principal debates in political theory and the major types of political struggle today. These volumes represent a genuine landmark in political theory from the author of Strange Multiplicity, one of the most influential and distinctive commentaries on politics and the contemporary world published in recent years. This first volume of Public Philosophy in a New Key consists of a presentation and defence of a contextual approach to public philosophy and civic freedom, and then goes on to study specific struggles over recognition and distribution within states.