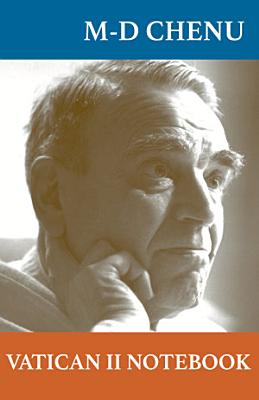 Chenu was a French Dominican friar, a renowned historian, and a theologian with extraordinary creative insight. He shaped the Dominican study center, Le Saulchoir, as its director and as an influential professor from the late 1920s until he was removed by the Vatican in 1942 (for writing a theological program for the school that sounded much like the future Pastoral Constitution on the Church in the Modern World). He influenced two generations of scholars with his rare combination of scientific excellence and pastoral wisdom. Fifty years after Vatican II, historians are still discovering documents and letters that offer important insights into the Council's meaning. This brief journal written by Marie-Dominique Chenu, masterfully edited by Alberto Melloni, is such a document. It reveals the decisive role Chenu played in several initiatives that shaped the Council's character; but, more importantly, it brings to light the dynamic networking of bishops and theologians that lay behind the Council's achievement of so much in so few years. Covering the years 1962-1963, Chenu's Notebook allows readers to feel the drama of the Council's opening period. At the Council, he promoted and drafted its great Message to the World that was the Council's first published statement. In it, many of Chenu's key intuitions became part of an official church statement about its hope for the future: attention to the 'signs of the times', the integration of science and technology into the Church's pastoral message, and commitment to justice and the care of the poor. His Vatican II Notebook is an exciting peek into great moments in a great man's life.

How to Keep a Naturalist's Notebook

Authors: Katherine Mansfield
Categories: Travel
This publication is theirst scholarly edition of the Urewera Notebook, providing an original transcription, a collation of the alternative readings and textual

Authors: Ralph Waldo Emerson
Categories: Authors, American
In the eight regular journals and three miscellaneous notebooks of this volume is the record of fusions. This period of his life closes, as it opened, with 'acq

Authors: Robert A. Saindon
Categories: Biography & Autobiography
Volume 3 of 3. This 3-volume anthology of 194 articles (with 102 maps and illustrations) published between 1974 and 1999 in We Proceeded On, The quarterly journ

The Therapist's Notebook for Integrating Spirituality in Counseling II

Authors: Karen B. Helmeke
Categories: Body, Mind & Spirit
More activities to tap into the strength of your clients’ spiritual beliefs to achieve therapeutic goals. The Therapist’s Notebook for Integrating Spiritual