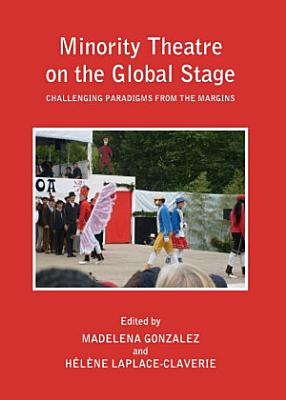 All over the world, in the most varied contexts, contemporary theatre is a rich source for increasing the visibility of communities generally perceived by others as minorities, or those who see themselves as such. Whether of a linguistic, ethnic, political, social, cultural or sexual nature, the claims of minorities enjoy a privileged medium in theatre. Perhaps it is because theatre itself is linked to the notions of centre and periphery, conformism and marginality, domination and subjugation – notions that minority theatre constantly examines by staging them – that it is so sensitive to the issues of troubled and conflicted identity and able to give them a universal resonance. Among the questions raised by this volume, is that of the relationship between the particular and the more general aims of this type of theatre. How is it possible to speak to everyone, or at least to the majority, when one is representing the voice of the few? Beyond such considerations, urgent critical examination of the function and aims of minority theatre is needed. To what kind of public is such drama addressed? Does it have an exemplary nature? How is it possible to avoid the pitfalls and the dead end of ghettoization? Certain types of audience-specific theatre are examined in this context, as, for example, theatre as therapy, theatre as an educational tool, and gay theatre. Particular attention is paid to the claims of minorities within culturally and economically dominant western countries. These are some of the avenues explored by this volume which aims to answer fundamental questions such as: What is minority theatre and why does theatre, a supposedly bourgeois, if not to say elitist, art form, have such affinity with the margins? What if, particularly in contemporary society, the theatre as a form, were merely playing out its fundamentally marginal status? The authors of these essays show how different forms of minority theatre can challenge cultural consensus and homogenization, while also aspiring to universality. They also address the central question of the place and status of apparently marginal forms of theatre in the context of globalization and in doing so re-examine theatre itself as a genre. Not only do they illustrate how minority theatre can challenge the dominant paradigms that govern society, but they also suggest their own more flexible and challenging frameworks for theatrical activity.

Minority Theatre on the Global Stage

Authors: Madelena Gonzalez
Categories: Performing Arts
All over the world, in the most varied contexts, contemporary theatre is a rich source for increasing the visibility of communities generally perceived by other

Authors: William T. Lynch
Categories: Philosophy
In Philip K. Dick’s The Minority Report, ‘precogs’, who are imaginary individuals capable of seeing the future are relied upon to stop crime, with a conse

Teach to the Whole Class

Authors: Todd L. Pittinsky
Categories: Business & Economics
Bringing groups together is a central and unrelenting task of leadership. CEOs must nudge their executives to rise above divisional turf battles, mayors try to

Deliberative Democracy and the Plural Polity

Authors: Michael Rabinder James
Categories: Political Science
In this pathbreaking work, the author integrates questions of justice and stability through a model of deliberative democracy in the plural polity. "Deliberativ