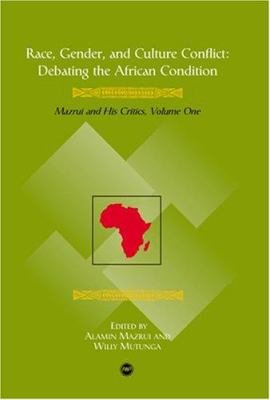 Is Ali Mazrui a visonary or a "vacuous" intellectual? Is he recationary, revolutionary or essentially a radical pragmatist? These questions were the focus of a special plenary session of the Conference of the African Assocation of Political Science that took place in Harrare, Zimbabwe, in June 2003. The forum was intended to interrogate Ali Mazrui's contributions in the last forty years or so of his career as an academic. The question themselves capture the magnitude of polarization among different sections of Mazrui's audiences generated by his often provocative propositions amd prescriptions on a wide range of issues---from the role of intellectuals in Africa's transformation to the imperative of pax-Africana, from Tanza-philia to Islamophobia, from the condition of the Black woman to the destiny of the Black race. It is some the exchanges, sometimes intense and even acrimonious, arising from Mazrui's ideas on continetal and global African affairs, from the 1960s ti the present, that constitute the subject matter. Together, they are not only a celebration of Ail Mazrui's own intellectual life as one long debate, but also an intellectual mirror of the conours of some of the hotly contested terrains in Africa's quest for self-realization.