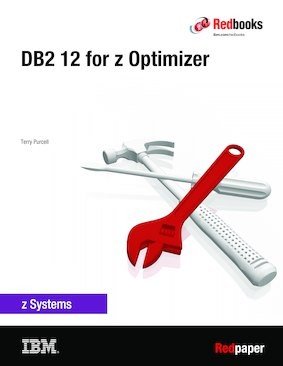 There has been a considerable focus on performance improvements as one of the main themes in recent IBM DB2® releases, and DB2 12 for IBM z/OS® is certainly no exception. With the high-value data retained on DB2 for z/OS and the z Systems platform, customers are increasingly attempting to extract value from that data for competitive advantage. Although customers have historically moved data off platform to gain insight, the landscape has changed significantly and allowed z Systems to again converge operational systems with analytics for real-time insight. Business-critical analytics is now requiring the same levels of service as expected for operational systems, and real-time or near real-time currency of data is expected. Hence the resurgence of z Systems. As a precursor to this shift, IDAA brought the data warehouse back to DB2 for z/OS and, with its tight integration with DB2, significantly reduces data latency as compared to the ETL processing that is involved with moving data to a stand-alone data warehouse environment. That change has opened up new opportunities for operational systems to extend the breadth of analytics processing without affecting the mission-critical system and integrating near real-time analytics within that system, all while maintaining the same z Systems qualities of service. Apache Spark on z/OS and Linux for System z also allow analytics in-place, in real-time or near real-time. Enabling Spark natively on z Systems reduces the security risk of multiple copies of the Enterprise data, while providing an application developer-friendly platform for faster insight in a simplified and more secure analytics framework. How is all of this relevant to DB2 for z/OS? Given that z Systems is proving again to be the core Enterprise Hybrid Transactional/Analytical Processing (HTAP) system, it is critical that DB2 for z/OS can handle its traditional transactional applications and address the requirements for analytics processing that might not be candidates for these rapidly evolving targeted analytics systems. And not only are there opportunities for DB2 for z/OS to play an increasing role in analytics, the complexity of the transactional systems is increasing. Analytics is being integrated within the scope of those transactions. DB2 12 for z/OS has targeted performance to increase the success of new application deployments and integration of analytics to ensure that we keep pace with the rapid evolution of IDAA and Spark as equal partners in HTAP systems. This paper describes the enhancements delivered specifically by the query processing engine of DB2. This engine is generally called the optimizer or the Relational Data Services (RDS) components, which encompasses the query transformation, access path selection, run time, and parallelism. DB2 12 for z/OS also delivers improvements targeted at OLTP applications, which are the realm of the Data Manager, Index Manager, and Buffer Manager components (to name a few), and are not identified here. Although the performance measurement focus is based on reducing CPU, improvement in elapsed time is likely to be similarly achieved as CPU is reduced and performance constraints alleviated. However, elapsed time improvements can be achieved with parallelism, and DB2 12 does increase the percentage offload for parallel child tasks, which can further reduce chargeable CPU for analytics workloads.

Authors: Terry Purcell
Categories: Computers
There has been a considerable focus on performance improvements as one of the main themes in recent IBM DB2® releases, and DB2 12 for IBM z/OS® is certainly n

Authors: Surekha Parekh
Categories:
Analytics, Mobile, and Cloud are changing the landscape for enterprise customers. These technology trends are driven partly by an explosion of data and by busin

DB2 for z/OS and WebSphere Integration for Enterprise Java Applications

Authors: Rufus Credle
Categories: Computers
IBM® Problem Determination (PD) Tools consists of a core group of IBM products that are designed to work with compilers and run times to provide a start-to-fin

Authors: Mike Ebbers
Categories: Computers
Mainframe computers play a central role in the daily operations of many of the world's largest corporations, and batch processing is a fundamental part of the w

Authors: Susan M. Visser
Categories: Computers
Marketshare for DB2 has been growing steadily over the past 5 years and with the recent release of DB2 Universal Database V8, the product has never had more mom

Authors: Maryela Weihrauch
Categories: Computers
The goal of this IBM® Redbooks® publication is to demonstrate the ability to perform single click automated deployments of multi-platform applications that in