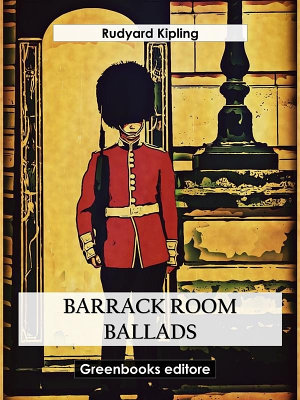 The Barrack-Room Ballads are a series of songs and poems by Rudyard Kipling, dealing with the late-Victorian British Army and mostly written in a vernacular dialect. The series contains some of Kipling's most well-known work, including the poems "Gunga Din", "Tommy", "Mandalay", and "Danny Deever", helping consolidate his early fame as a poet. The first poems were published in the Scots Observer in the first half of 1890, and collected in Barrack-Room Ballads and Other Verses in 1892. Kipling later returned to the theme in a group of poems collected in The Seven Seas under the same title. A third group of vernacular Army poems from the Boer War, titled "Service Songs" and published in The Five Nations (1903), can be considered part of the Ballads, as can a number of other uncollected pieces.